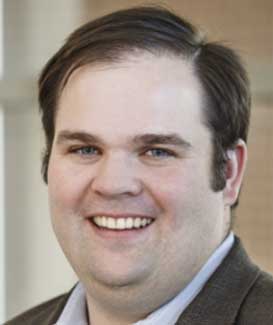 Chris Hermann started and led the multi-institution research collaboration that developed the core technology used in the Clean Hands – Safe Hands system. The research team included investigators from the Centers for Disease Control and Prevention, Children’s Healthcare of Atlanta, Emory School of Medicine, Georgia Tech, and the Georgia Tech Research Institute. Hermann licensed the technology developed by this team, founded the company, and in the past five years has led Clean Hands – Safe Hands to its position as the dominant company in the space. The company has won many awards for company growth and culture, and the technology is now used in more than 100 hospitals and is credited with saving more than 500 lives per year. Hermann served as CEO until the company was acquired late last year.

“I started Clean Hands – Safe Hands while I was in Emory’s MD/PhD program. Without Emory, we would have never made it. In the early days, we worked with Emory faculty to help develop and test the core technology platform. Several faculty and students worked as our early collaborators and tested the various aspects of our system, and the School of Medicine leadership gave me the flexibility to pursue starting the company while finishing medical school. In addition, Emory Healthcare was one of our company’s largest and most valued customers.”