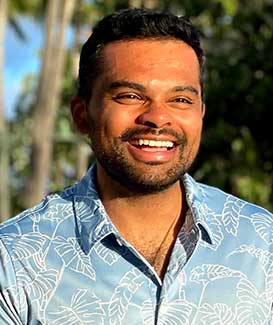 Garry Teekah is a strategic, logical problem solver with a heart for investing in the communities in which he works. His degree in applied mathematics from Emory enables him to solve large, ambiguous problems for top companies around the globe. Starting his career in investment banking at Rothschild & Co, Teekah helped found the company’s North America strategy group and worked as the right hand of the CEO. He was also heavily involved with the PENCIL program, helping New York City public school students develop professionally. He later went on to join a start-up investment bank, where he served as an investor, board member, and head of strategy. In summer 2022, Teekah, inspired by US Poet Laureate Natasha Trethewey’s 2017 commencement speech, took a sabbatical from his career, and volunteered throughout New York City.

“Emory taught me to think critically and creatively as well as challenge convention. Additionally, Emory’s ethical principle to think beyond oneself continues to inform my career path. These factors, coupled with the lifelong friendships developed during late night study sessions, trips to the Ox Grill, or too many espresso shots from Kaldi’s have been instrumental to my success.”