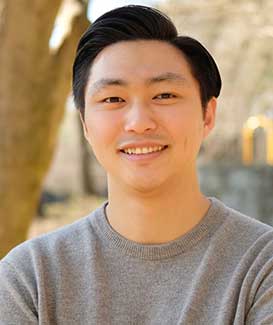 Jongdae Kim is a global citizen and a peacemaker who strives to make peace wherever he is—whether in Atlanta, Clarkston, or Seoul. A son of political refugees from South Korea, Kim struggled to feel at home while always navigating between two cultures. Through service opportunities at Emory, he discovered the diverse community of Clarkston, where many resettled refugees and immigrants from all over the world have found a new home. There he met many young people who shared similar pains and potentials that stem from their global identities. Inspired by this experience, he and his wife, Grace Choi, founded Re’Generation Movement to empower young people from global diasporas to be peacebuilders in this pluralizing world. He is the executive director of Re’Generation Movement and chief executive officer of Mirrorball Media, a South Korean media start-up, where he continues sowing the seeds of peace.

“Majoring in sociology at Emory helped shape my worldview and exposed me to many systemic challenges that we face as a society. My education eventually contributed to the formation of my current nonprofit, as one tiny step toward addressing one of those ills of social stratification. My nonprofit work could have only been possible through the partnership with Emory’s Center for Civic and Community Engagement, as most of our volunteers are provided through the center’s Project SHINE.”