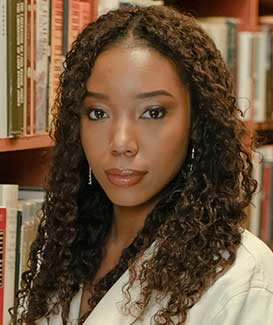 Malaika Jabali is an attorney, activist, and the senior news and politics editor at Essence Magazine. Her journalism career started accidentally at Emory—she was focused on law and had no plans to work in media. But in an effort to ensure the school’s Black community had a voice on campus, she co-founded and served as the co-editor-in-chief of Black Star Magazine. Assuming her journalism career would end at graduation, Jabali went on to Columbia Law School and the Columbia School of Social Work. Several years later, after becoming a public policy attorney, she realized her passion was stronger for reporting than legal research.

Jabali slowly transitioned back to journalism and now works full time in media. Her writing has appeared in Teen Vogue, The New Republic, Vox, The Root, The Intercept, and The Guardian, where she was a columnist. In her documentary film, Left Out, she traveled around Milwaukee to ask Black residents about policies such as “Medicare for All” and free college tuition. Her debut political feature in Current Affairs Magazine, “The Color of Economic Anxiety,” was awarded a 2019 New York Association of Black Journalists Media Award.

“I was a double major, and one half of that was African American studies. It was truly life changing. It made me more committed to doing work around social justice, and that has extended to the type of stories I like to tell and how I tell them—with depth, research, and nuance. I had professors who pushed me to examine what we learned with a critical lens and not just regurgitate lessons. That has served me well in my adult life.”